A little history about the area:

For over 100 years the intersection of Raymond and Hampden Avenues, where Minnepau is located, has held retail shops that have brought the community together. 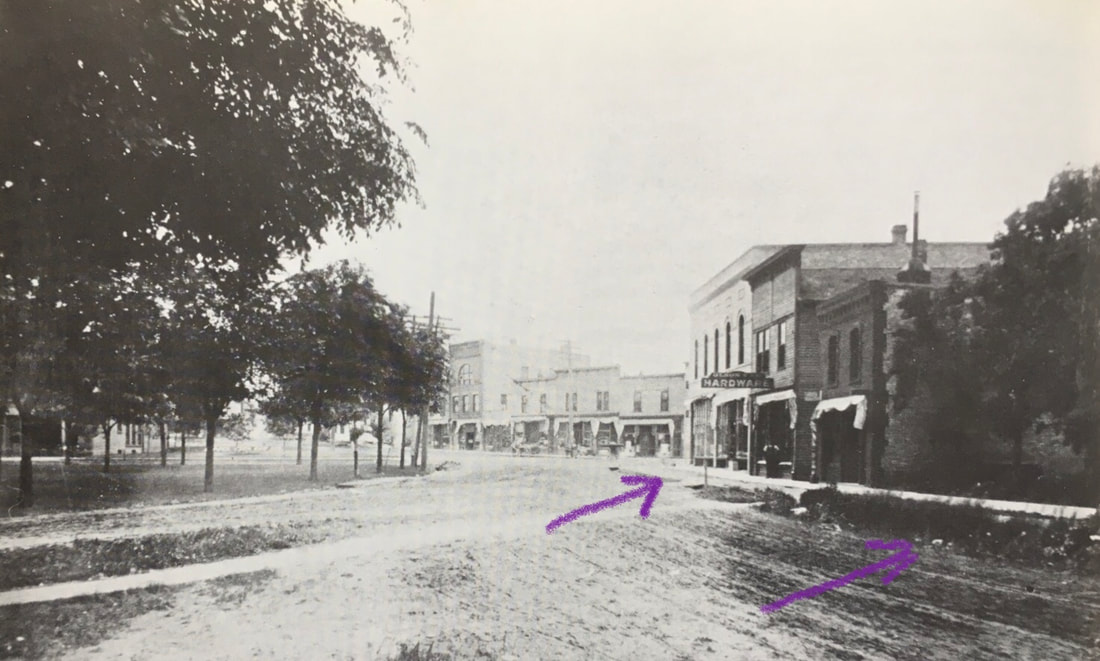 This photo, taken in the early 1900s, shows the many commercial shops that existed at the corner of Raymond and Hampden Avenues (photo from the Ramsey County Historical Society archives).  The arrows point to the current Hampden Park Coop building and the plot of land where Minnepau now sits. 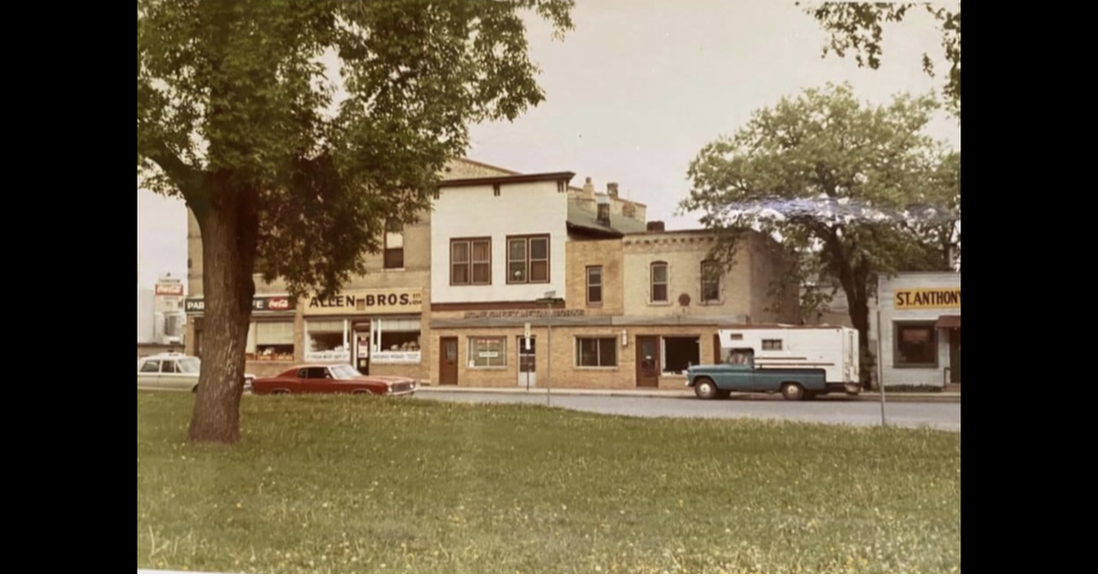 This photo, taken in the 1960s, was shared with us by a friend and Minnepau client.  His father owned a hardware shop on the plot where the Hampden Co-op parking lot currently stands from the 1950s until 1980 when the city bought him out.  At that time, a barber shop operated in the adjacent building and Allen Bros. (a grocery store) was located in the current Hampden Park Co-op space.  When the Minnepau plot was purchased, the little white building shown in the above photo was still (barely) standing and had previously housed an antique store. 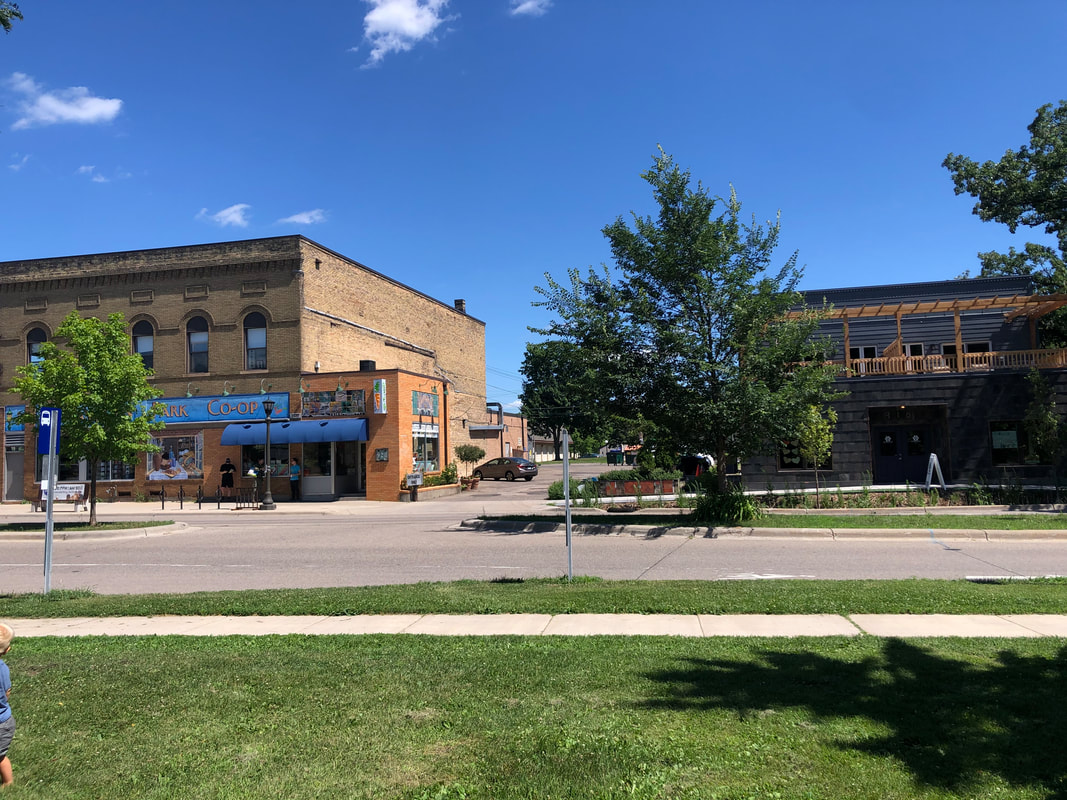 A current look at the Raymond Avenue businesses.  The buildings and commerce on Hampden Avenue have changed quite a bit and now a new structure exists at 918 Raymond Avenue.  At Minnepau, we feel honored and grateful to be part of the long legacy of amazing community businesses in the neighborhood of South Saint Anthony Park!

The slate tiles on the exterior of Minnepau Clinic originally covered the roof of the historic Saint Paul City Hall: 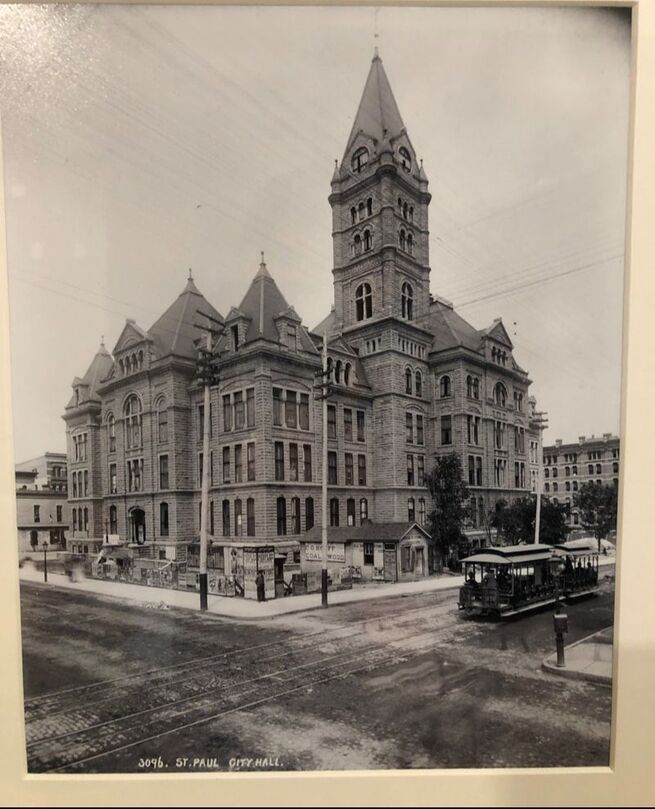 When the building was deconstructed in 1933 to build the current Saint Paul City Hall and Ramsey County Courthouse, the tiles were painstakingly removed and buried in a local cemetery and remained underground for almost 90 years until they were excavated for the construction of Minnepau. 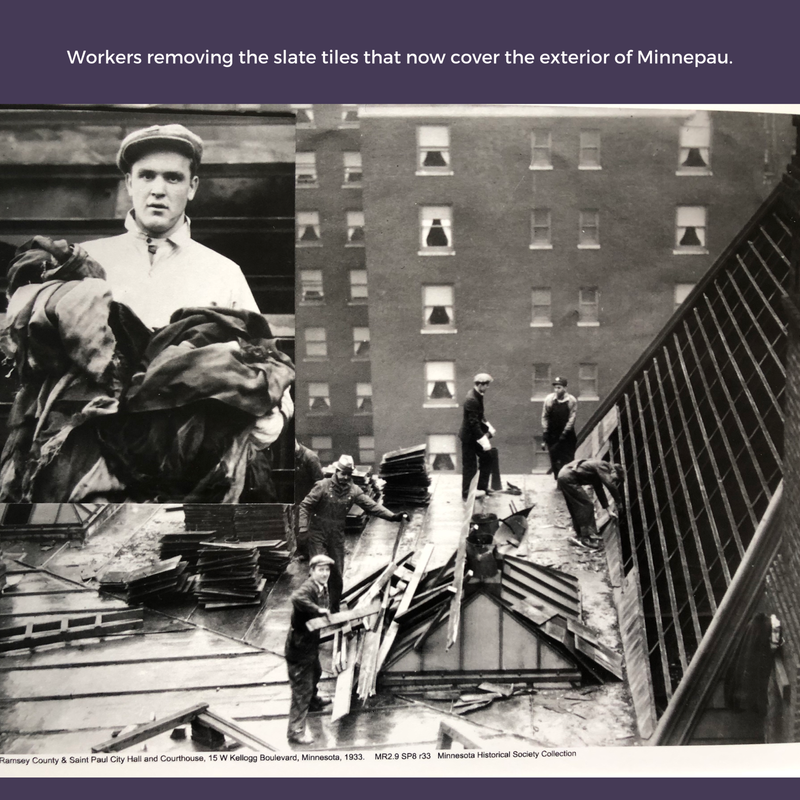 At Minnepau, we love that even though the clinic building is new construction, it holds history in its walls.